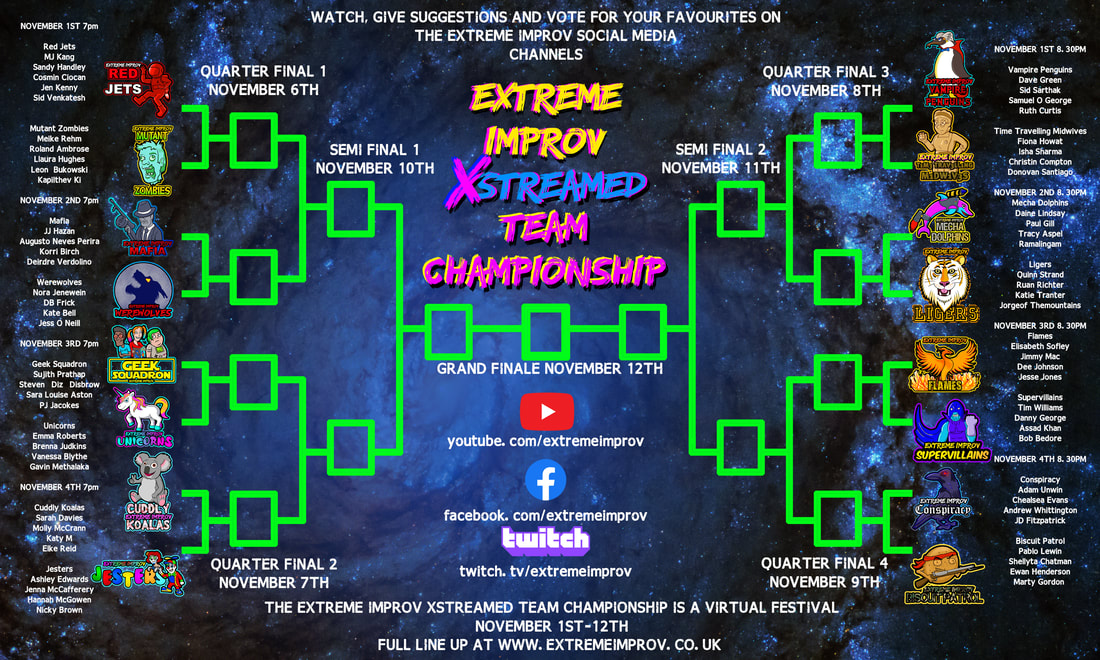 This Tournament will take place between Sunday November 1st and Thursday November 12th 2020 and will feature a first round followed by Quarter, Semi and Grand Finale rounds.

Each team will consist of 3-5 improvisers, who will be selected at random in a special draft show called 'Teams From A Hat' in October, to form newly created Extreme Improv teams. Virtual improv allows us to play with people from all over the globe and as such these new mixer teams will encourage global collaboration through friendly improv competition and will not be geographically based teams or rivalies.

The shows will consist of short form improv games where players will play in scenes with their own team mates, and with players form other teams. Progression through the tournament will be decided by a combination of Audience Vote and Judge's Decision.

The shows will take place over Zoom and will be broadcast on: